What does WP really want? 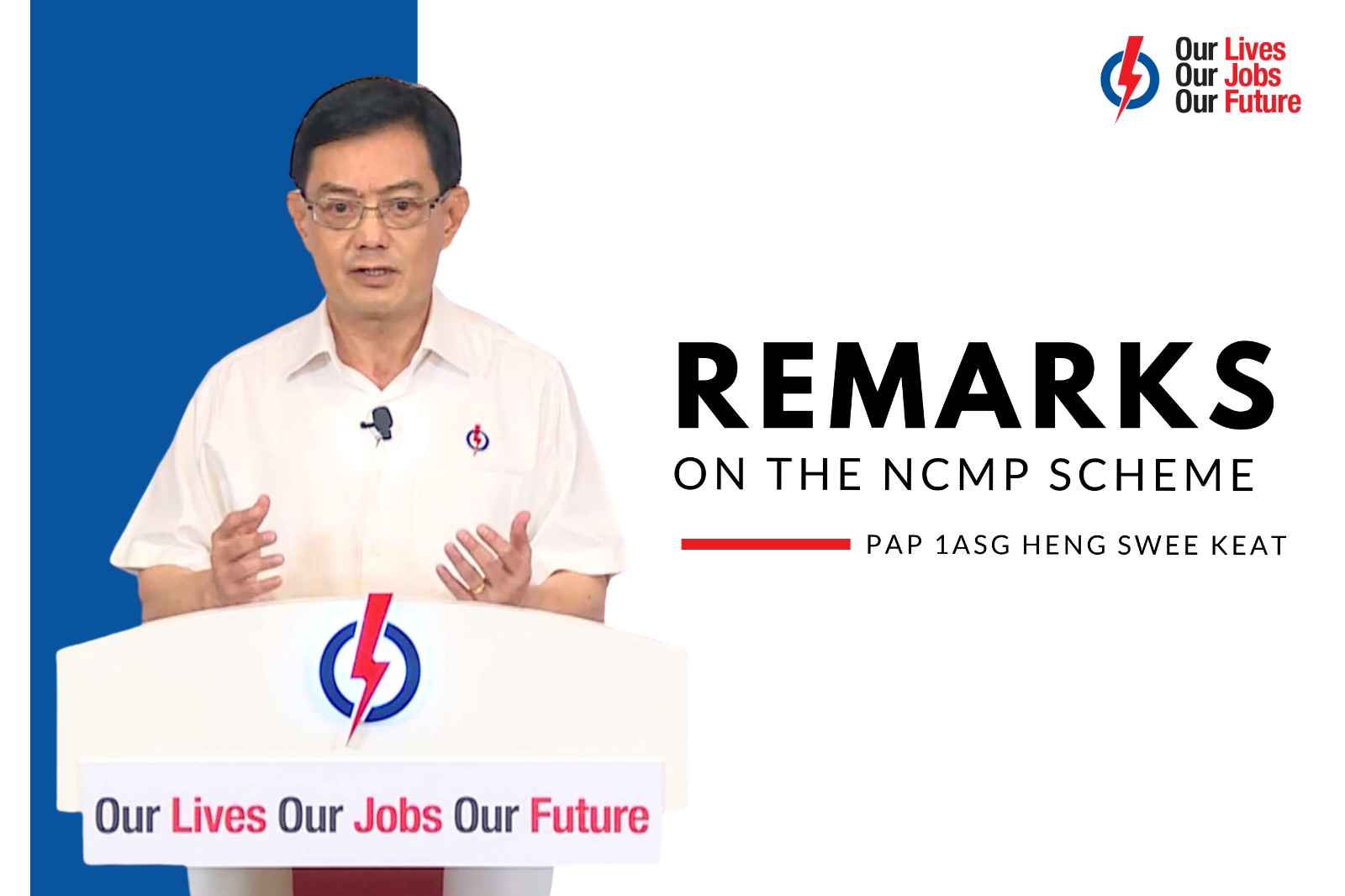 Over the past few days, candidates from the Workers’ Party have been criticising the NCMP scheme, including in their Constituency Political Broadcast for Aljunied GRC.

The Workers’ Party wants voters to believe that they risk being wiped out. They are asking you to vote for them, and if you do not, they claim that they will become extinct, and there will be no opposition voices in Parliament.

The PAP is not trying to shut the Opposition out of Parliament. We understand that diverse views are important to ensure the best outcomes for Singapore, and Singaporeans value this diversity.That is why, over the years, we have steadily increased the number of guaranteed Opposition
MPs, and expanded their voting rights.

The number of NCMPs increased from 9 to 12 in 2017. The minimum number of opposition voices in Parliament is not only guaranteed, but increased.

In fact, the Workers’ Party Chairman Ms Sylvia Lim was first an NCMP from 2006, before becoming an MP in 2011.

Since 1 April 2017, NCMPs have full voting rights as elected MPs. They can vote on all bills and motions, including the Budget and amendments to the Constitution.Apart from the NCMP scheme, alternative voices have also been institutionalised in our Parliament, through the Nominated MP or NMP scheme. The Constitution provides for nine NMPs, drawn from various segments of our society, to represent as wide a range of independent and non partisan views as possible in Parliament.

I urge voters to ask yourselves – If it is really a matter of principle that the Workers’ Party is opposing the NCMP system, why have they taken up the NCMP positions all these years?

The Workers’ Party has refused to say whether they will accept NCMP seats in the next Parliament. They are playing games with voters. Voters are entitled to know what Workers’ Party’s stand is. They should not be made to think that the Workers’ Party will refuse NCMP seats, the opposition risks extinction, and so vote for them. Then after the elections, the WP takes up NCMP seats that they are offered. And in this way, they can have their cake and eat it.

At least Dr Tan Cheng Bock of PSP has been upfront. He has declared that he will not accept an NCMP seat if offered one. But he may have forgotten that in 1984, when the scheme was debated in Parliament, he supported having NCMPs.

First, does the WP agree that with the NCMP scheme, there can be no opposition wipe out?

Mr Pritam Singh also says –– don’t worry, even if the Opposition has one third of the seats, the PAP will still have a strong mandate.

Think carefully about what this means.

Mr Singh is effectively saying – don’t worry, the PAP will still have a strong mandate, even if the Workers’ Party wins four GRCs and two SMCs.

What would Singaporeans think, if they wake up next Saturday, to find that the PAP has lost four GRCs and two SMCs? What would investors and other countries think? Do you seriously believe they would say – Good. The PAP has won a strong mandate again？

Or would they see a government severely weakened, a people divided, and a nation whose confidence has been shaken?

This COVID-19 global pandemic is our most severe crisis since independence. We are seeking a clear and strong mandate from Singaporeans, so that we can face this crisis together, and emerge stronger as one united people. The country needs the strongest leadership it can muster.

I urge Singaporeans to consider carefully – when you vote, you are choosing the next government for the country. Not just who is your local MP, who is going to speak up in Parliament, or look after your Town Council. You are choosing the team who will work with you to steer Singapore through the worst economic crisis in decades.

You are also choosing the team who will conduct our foreign relations and command the SAF, at a time when geopolitical tensions are rising.

You are choosing the team to invest in our long-term future, and take care of your housing, education, healthcare and infrastructure needs.

You are choosing the team who will unite our people, draw on our diversity and strength, and work with you to create a better future for our children and their children.

So do not be taken in by the claims of Mr Singh and the Workers’ Party.

The opposition voices and alternative voices in Parliament are guaranteed in our Constitution, through the NCMP and NMP scheme.

By voting the PAP, Singaporeans will give us a strong and clear mandate to form the next Government to take Singapore through this crisis and emerge stronger.

At the same time, you are assured that Opposition and alternative voices will continue to be heard in Parliament. Opposition voices will not be wiped out.

This election is about Our Lives, Our Jobs, Our Future. I am confident that Singaporeans will choose wisely. 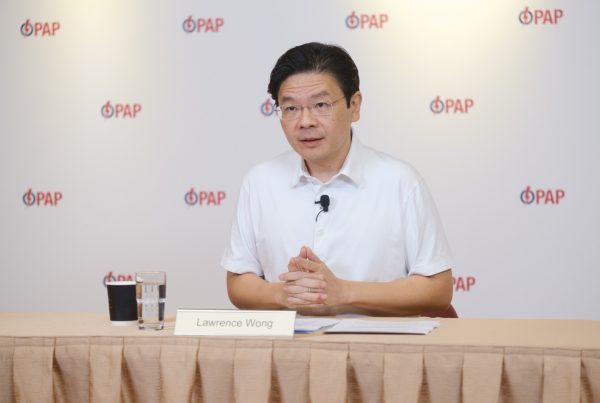 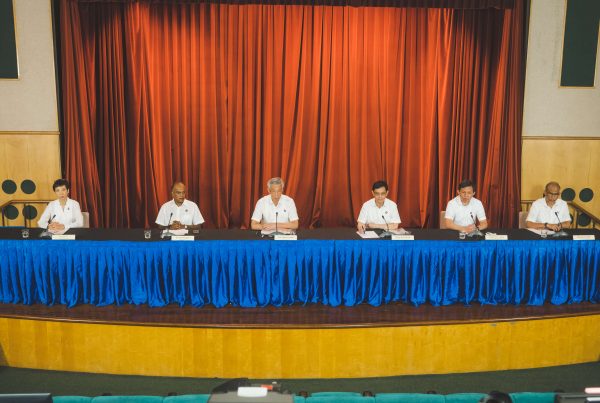 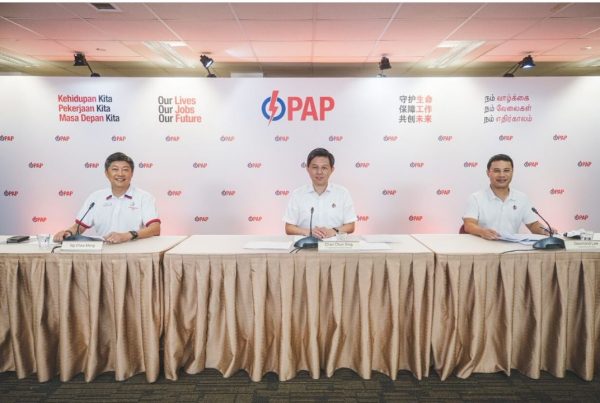 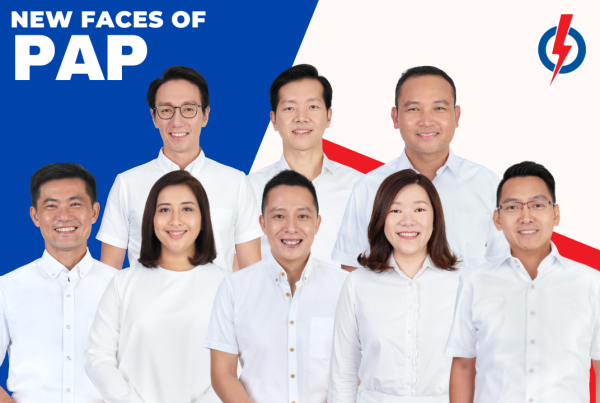