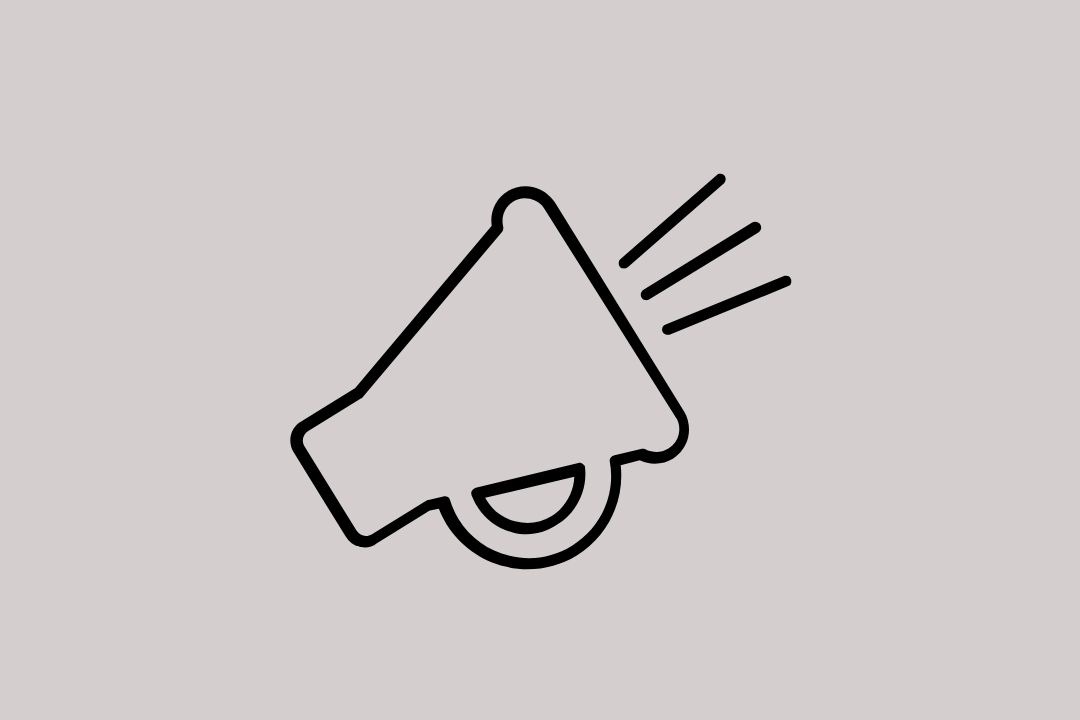 Mr Singh said that we should count ourselves fortunate that we have citizens who are “loving critics among us”. He gave an example, without naming names, but it is clear that he was referring to Alfian Sa’at.

There are many Singaporeans who criticise Singapore out of patriotism and genuine care, including opposition leaders like Mr Chiam See Tong and Mr Low Thia Khiang.

But  Alfian Sa’at is no ‘loving critic’.

For nearly a decade, Alfian has consistently praised Malaysia to illustrate his disdain for Singapore.

In 2018, Malaysia, (when Dr Mahathir was  PM) was sending vessels into our waters. There were serious issues between the two countries on airspace as well.

Singaporeans rallied together. Mr  Low Thia Kiang spoke in Parliament, as a patriot would.

And Alfian? He mocked the approach taken by Singapore as “jingoism” (even as Malaysian government vessels were anchored in our waters) and that it meant to scare its own people of “barbarians” up north when there are none anymore, and that the Malaysians may in fact be Singapore’s solution. 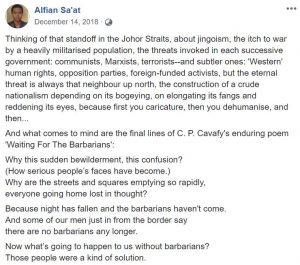 There is much more.

In 2013, Alfian said he was “so drawn to Dr Mahathir”. And in 2018, Alfian praised a “new Malaysia” under Dr Mahathir and wished Singapore can be more like Malaysia . Dr Mahathir, who has talked about bombing Singapore, and cutting off our water supply.

Alfian’s view is that Dr Mahathir’s style of democracy, and Malaysian style governance, should be brought to Singapore.

Contrast this with what Alfian wrote about Mr Lee Kuan Yew, on the eve of our 2012 National Day. He posted his poem “Death of a Tyrant” and said :

“…in life, your snort was a decree, your fart a sermon, in death, a nation’s silence will follow you to the grave. Only then will you know what it means to be exiled, only then will they know what they have been holding their breaths so long for: the stench of your corruption…”.

We know Alfian’s views on Mr Lee Kuan Yew, but is this being a ‘loving critic’ of Singapore?

Let’s look at a few other things this ‘loving critic’ Alfian has said.

His post on 21 September 2011, shows him with the Malaysian flag, and stated: 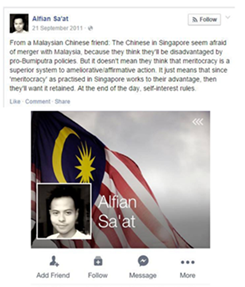 Alfian likes the  Malaysian Bumiputera policies. He says Singaporean Chinese are being selfish, in not wanting merger with Malaysia. 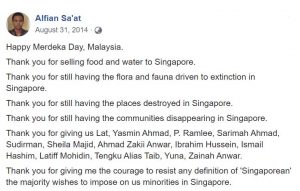 His preference for Malaysia over Singapore is obvious.

And if anyone has any doubts where his loyalties lie, here is the answer : 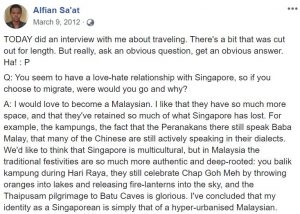 In his interview with Today newspaper in March 2012, he wholeheartedly said that “I would love to become a Malaysian”.

This man grew up in Singapore. Singapore gave him his education and he earns a living here. An education and a living that is denied to many minorities in the region. And he constantly runs down Singapore, and says he would love to become a Malaysian, and that there is nothing wrong in accepting the  Bumiputera policies here. And takes Malaysia’s side , when there are tensions between Malaysia and Singapore.

Mr Singh may not have read all these things that Alfian has said.

I suggest he read them carefully, and then tell us if he still thinks Alfian is a “loving critic” of Singapore

If he does, perhaps Mr Singh considers himself a “loving critic” of Singapore too? 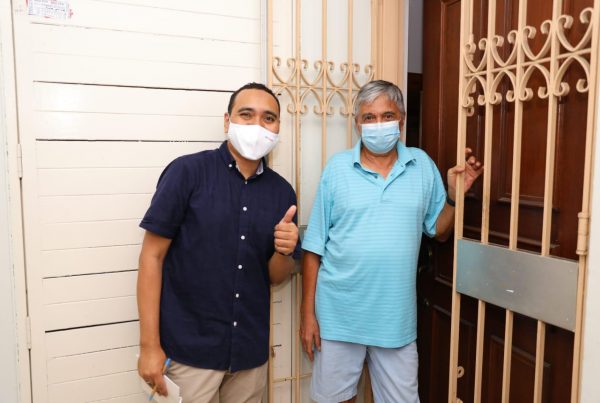 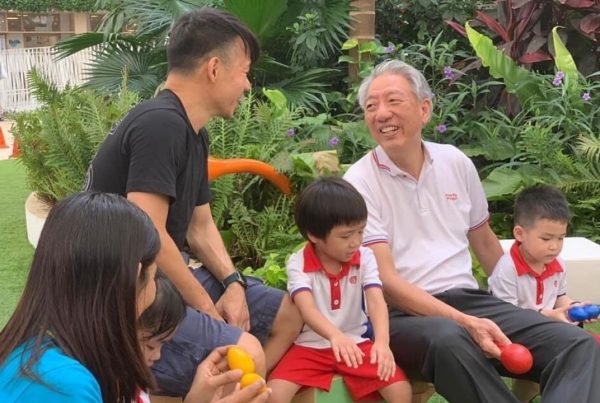 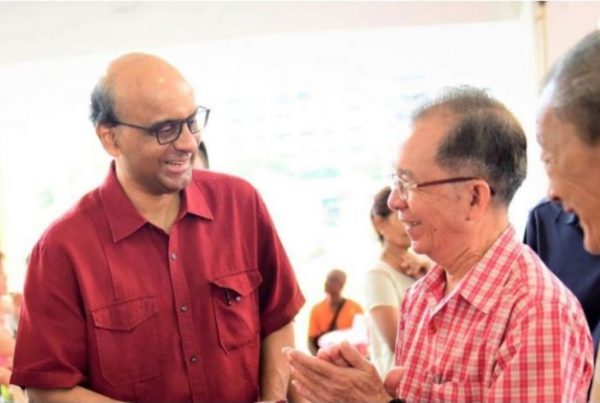 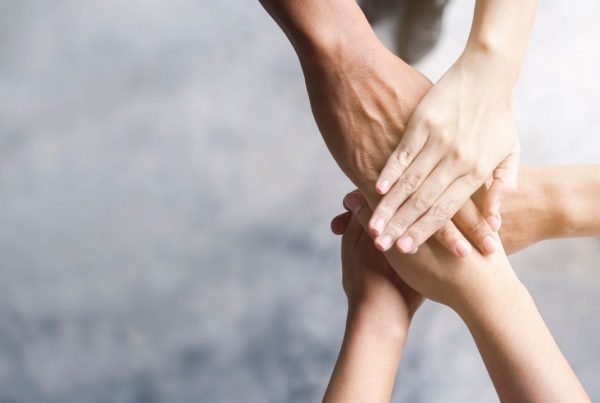