Position Paper on advancing the employability of older workers 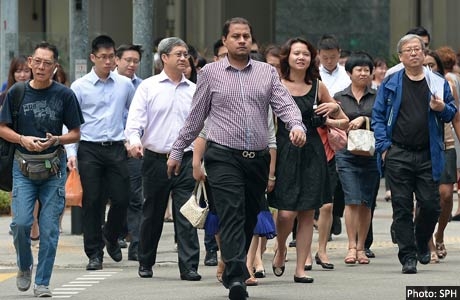 Enabling and empowering older workers to work longer: A submission to the Singapore Ministry of Manpower by the PAP Seniors Group
Recently, the Tripartite Committee on Employability of Older Workers has recommended that older workers’ rehiring age be increased from 65 to 67 years old. The government has accepted this recommendation which will be introduced through promotional means. Companies adopting it will be given incentives. No date has been fixed on when legislation will be introduced to compulsorily effect this change.

This is cause for cheer as Singaporeans are living longer. Singapore’s life expectancy rate is 85 years which, according to the World Health Organisation, places us at the fourth best life expectancy rate in the world. Even if the rehiring age is increased to 67, the average Singaporean will live for another 18 years after retirement. Hence, there is a need to look at how to enable and empower older Singaporeans to live their lives meaningfully for as long as they wish to through productive employment.

The PAP Seniors Group ( PAP.SG) welcomes this recommendation. However, we have several suggestions to make for the Ministry of Manpower’s consideration.

1. Legislate for Prevention of Premature Retirement

Whilst a promotional approach is probably a compromise between employers’ concern over costs and lack of preparedness and the workers’ needs, legislation is a more effective method in ensuring the rehiring of older workers beyond 65.

As a reminder, the Retirement Age Act was introduced in 1993 to compulsorily raise the retirement age from 55 years to 60 years, after two years of voluntary persuasion but which saw only 10 per cent of the total workforce enjoying the higher retirement age of 60 years. Because of the Re employment and Retirement Age Act which came into effect in 2012, 99 per cent of private sector employees who turned 62 in 2013 were re employed, supporting the efficacy and need for legislation.

Hence, we urge the MOM to quickly introduce legislation to raise the rehiring age to 67 years, as otherwise many older workers may be faced with premature retirement.

While we accept that employers need to prepare themselves for an older workforce, this by itself is not a valid reason for delaying legislation. Since 1993, when the Retirement Age Act was passed and, even in 2011, when the Act was amended, employers were already told that the employment age of older workers will have to go up to 67 years. Hence, there are more than ample notice given to employers to prepare themselves for this eventuality.

Also, we do not think that there is a need to make drastic changes merely to extend the rehiring age by another two years. We also urge employers to make better use of the grants that are already in place, such as, the Age Management Grant and the Job Redesign Grant. As at September 2014, 1300 employers have made use of these grants, although there is no information on how many older workers have actually benefitted or how much had been disbursed nor how many were from the unionised sector compared to the non unionised sector. We would like to urge the MOM to monitor the utilization rate more closely to ensure a better take up rate to benefit older workers.

Training plays an important role in preparing older workers for a longer working life so that their skills will remain relevant and up to date with changing technology and new job requirements. This is also an oft-cited reason by employers for not employing older workers because they are less skilful or adaptable. Hence, it is surprising that for workers aged 50 to 64 years, the training participation rate is only 23 per cent compared to an average rate of 40 per cent for workers below the age of 40. Even for this figure of 23 per cent, we are not clear whether the training was evenly distributed among all the age groups or whether it was more concentrated among the young older workers in their 50s.

A more detailed breakdown of the statistics may be helpful so that more targeted and focused efforts could be made to ensure that more older workers are trained to help them work longer. We urge both employers and older workers to embrace training and be better prepared for change. We also recommend that the MOM conducts an evaluation of the training of older workers to remove all obstacles to their hiring or rehiring.

We recommend that pending legislation, MOM and MOF consider providing more incentives to the first movers on higher rehiring age. The government could consider a sliding scale, whereby those who come on board earlier could be given more incentives compared to those who respond later. In this way, hopefully most companies would be encouraged to raise the rehiring age faster.

We now have the Special Employment Credit to encourage employers to hire Singaporeans aged above 50 years and earning up to $4,000 per month.

Since the coverage is quite broad, it is difficult to know how many workers aged 60 years and above had been employed because of the SEC. The government could consider either to tier the SEC or provide additional incentives, which it is now considering to encourage a higher rehiring age, to employers who hire those aged 60 years and above.

Finally, we recommend that the MOM gathers more disaggregated information based on age for better analysis and more targeted measures. This is also more useful since the rehiring age will be raised to 67 years. Hence, rather than just broad bands of 55 to 64 yeas for instance, more narrower age bands on the statistics related to employment of older workers would be more useful.

In conclusion, the past legislative changes in the employment of older workers, coupled with the government grants and incentives, have helped older workers aged 55 to 64 years. Their employment rate have increased from 57 per cent in 2009 to 65 per cent in 2013. But, as we live longer and enjoy better health, the productive capacity of our older workers can be further enhanced.

To this end, the PAP.SG hopes that the above recommendations will contribute to the employment of more older workers.