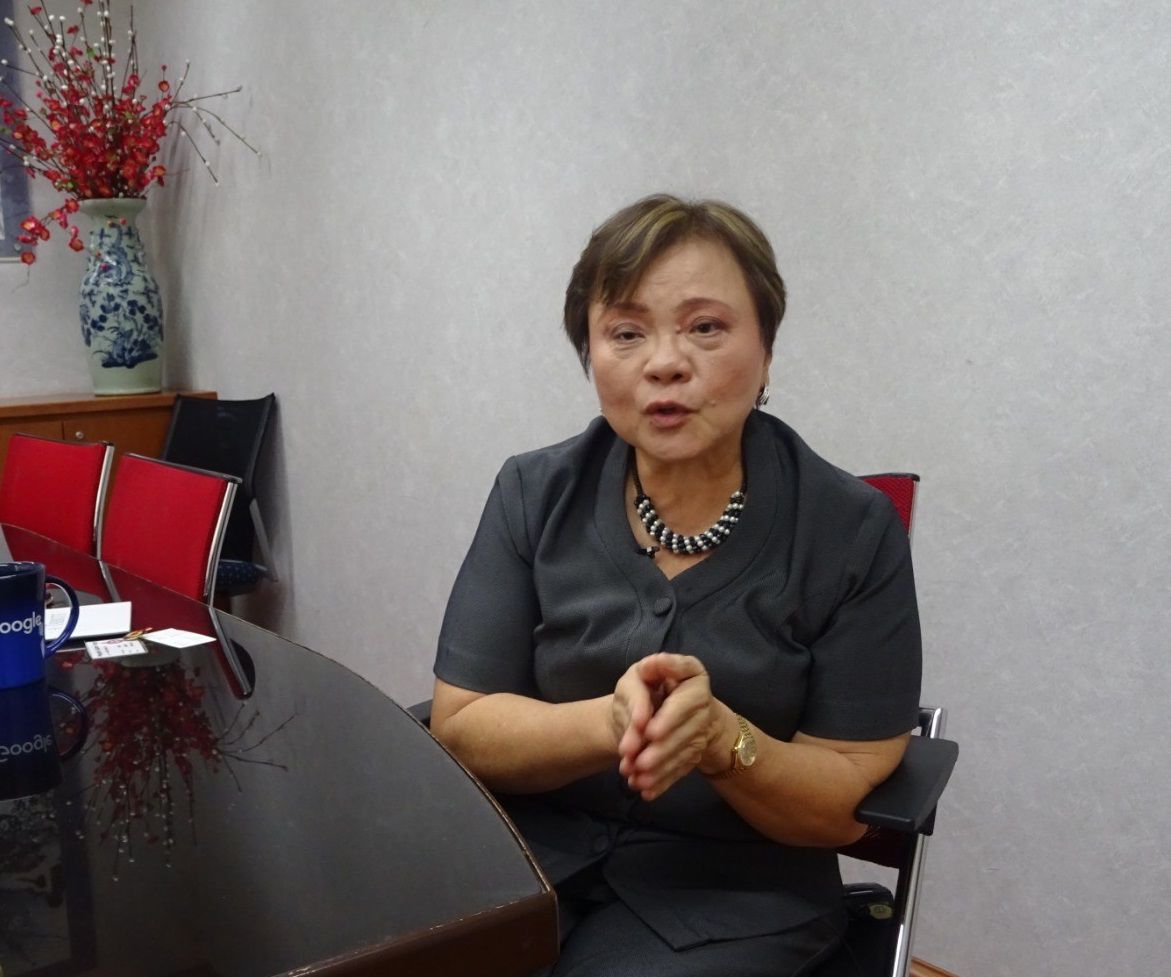 Here‘s the second part of our series. Former Member of Parliament for Sembawang, Ms Ellen Lee Geck Hoon shares with us that she was called the “wu-ah-bo” MP who attended all constituency events, big or small, to interact with her residents.

1. Can you share a challenge you faced as an MP?
Ellen Lee: The challenge had been how to integrate into the community that I served. I have gone into a totally new environment. I have never been to Woodlands before I was sent there. All the grassroots were strangers.  I needed to bond with them because they were the ones to help me to manage the constituency. I also had to bond with my residents.

Bonding means you need to spend a lot of time with them, be involved in all the activities, big or small. One of the residents told me that I am a “wu ah bo” MP, wu ah lai, bo ah lai in Hokkien, which meant that I get involved in everything, even when there is nothing much, I will come. I guess that is a compliment.

When I first met my grassroot leaders, I told them to organise whatever activities they deemed beneficial to the residents, I would come even if only one resident turned up. Even though the audience size is small, every resident is important to me and grassroot leaders have put in the effort to organise the event.

In the initial period, I spent almost every day at the constituency.

2. What was the memorable moment of your political career?
Ellen Lee: Sree Narayana Mission wanted to set up a day care centre for the elderly in my constituency.  After we identified the two blocks where the centre would be located, the organisation told the residents about its plans and nobody raised any objections.

One fine day, I suddenly had a troop of residents coming to me to say that they opposed the setting up of the centre. They even called the press. I was taken aback. The residents claimed that 99 per cent of the residents supported them.

When I probed further, I realised that a few residents were worried that the prices of their flats will be affected. They also did not want to have sickly and elderly in their backyard.

It was a big challenge because I was confronted with unfriendly residents despite all that I have done. I sought advice and my husband, also a grassroot leader, suggested that I pay the residents a visit to ask why they had objected to the day care centre.

I went door to door, all hundred units to ask about the petition. To my surprise, more than 80 per cent said that they did not object. Some signed the petition because they were embarrassed to say no to their neighbours.

At the end of the day, 80 per cent of the residents supported having the centre. Five or six did not support. It ended well once we got the acceptance.

When it was over, I heaved a sigh of relief. It shows the importance of face to face contact with residents, especially when problems crop up. It is necessary to approach them personally and find out what is going wrong.

3. What would be your advice to potential candidates who would like to join politics?
Ellen Lee: My advice to new or potential MPs is to remember that you are nominated by the Party to serve the Party. The greater purpose is to to serve the residents where you are elected.

When you serve the residents, you must forget who you are because that is not important. Residents will remember you for what you do, whether you have the heart to serve them.

The activists and the grassroot leaders will remember whether you are able to work with them on the ground, and if you really believe in what you do.

Your actions, your words, and your thoughts must all be the same.

I started out by serving him when he was still a Deputy Prime Minister.  He inspired me a lot because he taught me how to handle the Meet the People (MPS) sessions and how to write petition letters.

As a lawyer, I used to write long letters. He said, “Ms Lee, while your letters are very good, just remember that the agencies don’t have that much time to read through your long letters. Put in point form, succinct points what you want them to know.

That’s it. If they are strong enough, they are relevant, they will be picked up faster.” That’s why all my MPS letters have always been short and brief to the point.

5. As an MP, where was the most interesting place you have been to?
Ellen Lee: In 2010, I went to Ethiopia. It was the first time I went to an African country and my first taste of what it was like to be in a third world country.

I noticed the people were well educated and spoke good English.

However, one scene is etched in my mind. It had rained the night before. I was shocked to see a few residents wash their faces in the pool of rainwater collected in the potholes in the road. Comparing how we waste water at home and how these people rely on rain water to wash their faces and even to brush their teeth, it was quite alarming.

Ethiopia was also a huge dumping ground. We passed by a village where there were huge mountains filled with trash. People were collecting discarded plastic containers to sell. What we regard as trash is precious items to others and it can be converted into money to earn a living.

6. As an MP, who was the most interesting person you have met?
Ellen Lee: I remember a man in his 60s who came for help in 2010. He claimed that he was bleeding in one eye and asked if we could help to ask the hospital to bring forward his medical review that was a month away. He also said that he had difficulty meeting his medical expenses.  I was alarmed to see that his eye was red and had blood.

Later, I realised that he was not my resident but Sembawang GRC’s. I was battling with whether to help him because there were some sensitivities. But at that point in time, I told myself: this is a person in need, I do not care where he is from.

I immediately emailed the hospital to ask if they could attend to the emergency situation the next morning. I also drew upon our welfare fund to help him, should there be any operation required. Mercifully, somebody from the hospital replied and told us to send him in. We contacted him and he went to the hospital the next morning, in time to save his eyesight.

Subsequently, I forgot about the incident. During the General Election in 2011, the man turned up at the nomination centre, but I couldn’t recall who he was. He then introduced himself and told me that he was very grateful to me. Due to that moment of help, he was able to save his eyesight. Hence, he felt that he had to come and support me. It was very heart-warming.

7. As PAP celebrates its 65th birthday, what is your wish for the Party?
Ellen Lee: My wish is for the Party to continue to stay relevant and not forget why it was created in the first place.

We are dealing with not only the younger generation, but also the older generation. Singaporeans who are better educated and have higher expectations, and more critical of the Party.

I have encountered party members who have been shaken by changes, challenges, and doubts. My advice is to remember why you became a party member. If it is to serve, it is also to serve during the most challenging times, the way Mr Lee Kuan Yew and his cohort have done. That is why we have reached the 65th year milestone.