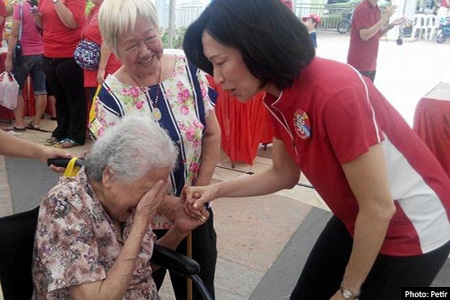 After stepping back from politics just before GE2015, former MPs Irene Ng, Penny Low and Ellen Lee are now devoting themselves to matters they had to sideline during their political careers.

For Ms Irene Ng, who served three terms as MP for the Changkat ward in Tampines GRC, it’s now mainly family time. She said: “My parents who live in Penang are in their 80s, and suffer from various health ailments. I sometimes could not help feeling guilty when I attended our senior activities in the constituency – I spent more time with our Changkat seniors and taking care of them than my own parents. Now, it is time to make up for that.”

She also intends to spend more time with her husband, Graham. He had left Scotland and his career in 2007 to marry her, but never got to see much of her because of her hectic MP schedule.

A former journalist, she also plans to return to writing, which she describes as “my first love”. It had taken a backseat when she was active in politics.

Serial entrepreneur Ms Penny Low is another three-term MP, at Punggol North in Pasir Ris-Punggol GRC. Originally she had intended to give the 10 best years of her prime life to Singapore. Ms Low ended up putting aside her growing business and life plans to serve the people for 14 years. After stepping back from politics, she has been busy with what she described as “unfinished business”, as well as ongoing philanthropy work and international engagements.

She said her not-for-profit organisation – the Social Innovation Park – had just held a “hackathon”, a competition to create apps for the social sector to foster collaboration, and enhance market place and volunteer management systems, while preparing for its upcoming 10th anniversary events. She also endeavours to spend more time with her family.

A former two-term MP for Woodlands in the Sembawang GRC, Ms Ellen Lee, has resumed full-time practice as a lawyer and is also spending more time with her family. She has four step-children and 10 grandchildren.

She said: “Life is a tad more leisurely now that I don’t have back-to-back events to attend. Although I miss the exciting life of an MP, I am contented to have some peace and quiet for a change as I slow down to enjoy life more than before.”

In the years ahead, she will focus on her family, career and to continue with community services that she enjoys.

PAP in their DNA

Despite retiring from politics, all three women helped tirelessly in the last GE in planning strategy, attending rallies or joining in the house visits by PAP candidates, especially in their respective wards.

As former MPs, they had come to know many of the residents personally. Ms Ng, 52, said: “I felt it was imperative that the political capital that I have built up over the years be passed on to the new candidate.”

Asked what advice they would give to new PAP women MPs, Ms Low, 48 and Ms Lee, 58, said that while the new politicians go about helping their constituents, they should not neglect their own health and their family members as well.

Ms Ng’s advice: “Trust in what you think. Act on what you believe in. You can’t please everyone.”

All three women left on a high note judging from the response from their constituents. Without doubt, they will be making their mark again, this time in another phase of their lives.

This article was first published in the December 2015 issue of Petir Magazine. 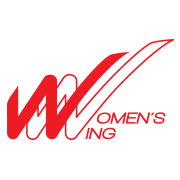